For years, iPhone has been a symbol of prestige. Without batting an eye on many cheap Android-counterparts, people still opt for it. The fact that the device comes from Apple makes it exuberant. On the other side of the spectrum lies many, who buy it to adapt to the ecosystem.

The latest to come out is iPhone 11 series. In case you are naive, iPhone 11, iPhone 11 Pro, and iPhone 11 Pro Max constitute the lineup. Launched with A13 Bionic chipset, they are considered as the fastest phones ever released by Apple.

iPhone 11 hit the market with iOS 13. Slowly, they rolled the update down to other devices as well. Being the latest stable iteration, we hope it to carry no major bugs, right? Turns out, the platform did bring a serious issue that has been haunting the users for almost a month now.

In case you have a phone running on iOS 13 or 13.1.x, you know what we are talking about. The devices refuse to retain bluetooth connectivity. Although it pairs and begins to work as usual, the handset fails to hold the connection. Let’s have a look at a user concern.

New iPhone 11 on iOS 13 is having Bluetooth connectivity issues.
both my daughter and I are having the similar issues.
daughters phone is an 11 64GB Purple.
mine is an 11 128GB White
Hers gets connected to her 2018 Toyota C-HR and constantly drops out. Her iPhone 7 Plus never had any issues.
I have mine connected to a Boss BT module on my motorcycle. Never had any issues with my iPhone X.
neither of our other phones we’re running iOS 13.
(Source).

It’s not an isolated issue. We could grab many posts from different platforms. And, hundreds of comments below those indicate the extend of this problem. Even after releasing three incremental updates, the bug still persists.

According to a user, playback via Spotify is flawless. He can connect to his car and listen to music without any hindrances. When he switches over to the built-in Music app, the connection goes volatile. Maybe, the problem is with the native application.

The company has released iOS 13.2 beta a few of days ago (10 October 2019). We hope they will bring the fix by the time it goes stable. Don’t forget to stay tuned to this story so that you can know if/when that happens.

Note:- Route to our Apple section to read similar stories. 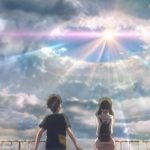 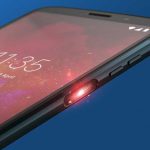