Ditty is a popular music-based social networking application by Zya that came to life back in 2015. The service lets users convert text to short songs or music videos. But sadly, Zya has now decided to pull the plug on Ditty on October 15, i.e. tomorrow.

The news about the service’s closure was revealed a few days back at Ditty’s official Facebook page as well as Zya Music website.

Ditty, the Ditty Alexa skill, DittyMoji – The President, and DittyMoji – Holidays will no longer function as of October 15, 2019.

Now is the time to save dittys you want to keep!

Thank you for joining us on this crazy music making journey!

Going by the announcement, Ditty, the Ditty Alexa skill, DittyMoji – The President, and DittyMoji – Holidays won’t be functional tomorrow onward. Meanwhile, here’s an image of the notification that Ditty users are getting to see:

While nothing much has been revealed about the root cause of termination, Zya is suggesting users to download/export their existing dittys before the service goes to sleep, as they won’t be accessible after that.

So those of you who don’t wish to loose their dittys, can stick to the following steps (shared by Zya) to keep them safe with you. Act in time to download your stuff, as only few hours are left. RIP Ditty is all we can say! 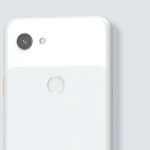 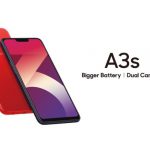