Apex Legends Season 3 started off on October 1 with a big bang. The new Season brought loads of content, new legend – Crypto, new map and a new weapon – The Charge Rifle. While players have been enjoying playing with the new weapon, they also asked the devs to nerf the rifle just weeks after the weapon was launched.

The Charge Rifle is a Designated Marksman Rifle. It takes an extended magazine, a sniper optic and sniper stock as attachment. The weapon is a hitscan category weapon which means there is no drop whatsoever over distance.

Charge Rifle fires a powerful laser after an initial charge up. The laser deals a small damage when charging up. The weapon, being a DMR was primarily added to boost the long range sniping meta in Apex Legends.

This led the players to call out to the devs asking for a nerf to the weapon. Although there has been reply from the devs on the matter promising changes to the weapon, but is Charge Rifle really over powered and needs a nerf?

Let’s look at the weapon closely, the charge up time is about one second, which means there will be still a small amount of damage close to 20 to 30 on an average. Then comes the major burst of energy that deals around 60 to 80 damage. These numbers may make you bias and ask for a nerf for the weapon already, but wait there’s a lot more to the weapon than just the damage numbers.

The Charge Rifle makes it almost absolutely clear that you need to track the enemy efficiently before you see those damage numbers pop off from your enemy. The need to track makes this gun vulnerable as well.

Unlike in other sniper rifles or DMRs, where there’s bullet, Charge Rifle uses laser and if your enemy is in the open, it makes Charge Rifle useful but if the enemy manages to find a cover, then the weapon becomes almost useless. This is because of the charge up time the weapon takes to deal that high damage hit. An enemy peeking off from cover and getting back in the cover makes it impossible for the Charge Rifle to hit them. Charge Rifle is really good weapon, and it is well-balanced and is just better is some situations than others. What are your thoughts? Let us know in the comment section below! 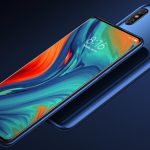 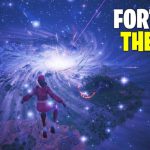