With the ever-shortening age of smartphones, even flagships can not last for an year. OnePlus popularized the trend of unveiling half-yearly refreshes (aka the ‘T’ models), while companies like Huawei come up with the gimmick to (re-)releasing older phones with new software and revamped color coating.

Well, there lies a critical problem. What about your personal data while switching the phones? Unlike Apple, Android still does not offer a full device backup solution out of the box. The recent gen Google Pixel phones sync a bunch of stuffs to your Google account, but that’s not a universally applicable method.

When it comes to phones from the same company, users can try out OEM specific tools. Some apps also save the associated data (like game progress) in their own cloud, so switching platforms (Android to iOS and vice-versa) won’t affect them. Luckily, OnePlus tried to fix the mess. In early 2018, the Shenzhen based company introduced the OnePlus Switch app as a seamless data migration utility between two phones. You know, OnePlus phones are now part of the premium segment and truckload of Samsung and Apple users are migrating towards the brand. Necessity is the mother of invention!

With the OnePlus Switch app, you can transfer all your files to your new OnePlus phone in a single, simple process. Install Switch app on your new phone and your previous device to start the migration process. From there, all you have to do is scan the QR code to pair and choose which items you want to transfer.

Later on, OnePlus provided iOS support as well to address the cross-platform data migration oddities. Although the Android app is available in Google Play Store, the iOS port is being distributed via a third party app store (Pgyer).

The latest version of OnePlus Switch for iOS was compiled on September 4, but it may not be sufficient to cross the hurdles of Apple’s increasing sandboxing and security measures. As a consequence, the app stops working on current iOS platforms and OnePlus has officially acknowledged the fact. As Apple has been putting more restrictions on its iOS application platform, we are sorry that OnePlus Switch is not working on iOS currently. We are investigating for other viable solutions, and will share with you once we have updates. Thank you for your understanding.

The timing of the statement is rather interesting, as Apple revealed the release date of iOS 13 at iPhone 11 launch event yesterday. Perhaps we are looking at the square peg in a round hole: Apple deliberately closed down the methods employed by OnePlus Switch (or it’s a mere coincidence).

Hopefully OnePlus engineers will find another clever way out to bypass those restrictions and help those people who are willing to take shelter under the shadows of Android from the scorching heat of the Apple ecosystem.

The latest beta version of OnePlus Switch comes with a workaround which enables iOS users to transfer personal data via iCloud.

1. Open OnePlus Switch app.
2. Choose “I’m a new phone” and then tap on “iPhone”.
3. Sign in to your iCloud account and start importing data.
4. It’s recommended to complete the whole data transfer process while connected to a Wi-Fi network, and OnePlus Switch should always stay on the screen. If you ever get disconnected from the iCloud server, please try logging into iCloud again and pick up with the data transmission. Please note that only certain format of data can be transferred due to compatibility issues. 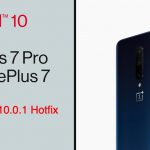