Lately, Motorola has not been able to bring in some exciting products in the market. After the successful comeback in the smartphone market with the Moto G series devices back in 2013, other products have just not been able to excite the users.

However, the company has recently launched the Motorola One Macro which sports a dedicated macro camera lens that lets you shoot images as close as 2 cm. Motorola has brought in a very limited number of devices this year and if they want to compete in this competitive smartphone market, then they surely need to add in more.

While talking about pushing out updates, we have recently covered about various Motorola devices that have received the latest security updates.

Cut to now, Verizon variant of Moto E5 Play is now receiving the October security update. Besides, one important point to note is that there are still no signs of Android 9 Pie and the latest update is based on Android Oreo only.

To recall. the Moto E5 Play was launched in 2018 and is powered by the Snapdragon 425 chipset paired with 2GB of RAM. It comes with 16Gb of internal storage and offers a 2800 mAh battery as well. Out of the box, Moto E5 Play runs on Android 8.0 Oreo and is still waiting for the Android 9 Pie update. At the back, it sports a single 8MP camera and in the front a 5MP shooter. It also features a rear-mounted fingerprint scanner.

The update is incremental in nature and just brings in the October 2019 security patch for Motorola Moto E5 Play and nothing else.

Note that the update is rolled out via OTA in batches. However, if you want to check for the updates manually, then you can head to Settings>>About Phone>> System Updates. If there is any notification available then, tap on it to install the update. 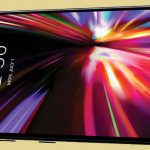