Borderlands 3 game was released on September 13, 2019, and it became the fastest-selling game in 2K history. The game has been developed by Gearbox Software and has been published by 2K Games. It is currently one of the best shooter games available in the market.

Well, the game is incredibly fun to play as a single-player or multiplayer. But the game-breaking bug is currently affecting Borderlands 3 Xbox One X players. Many players with Xbox consoles are facing the issue of console shutdown during gameplay.

A user named ‘u/GuardingCross’ has requested 2K to look into this matter sincerely. Some players are even afraid to play the game as they think that the sudden shutdown of the console might damage it. They don’t want to take the risk of damaging the console. Have a look at some complaints down below. Have a look at some more complaints.

u/GuardingCross has also made a point that Red Dead Redemption 2 demands more graphics than Borderlands 3, but it runs with ease on Xbox One X and does not have these sorts of issues. He even tried to fix the game but uninstalling and reinstalling it, but it did not fix the issue.

Many players have also said that the crashing or sudden shutdown of console happens more often when they try to join someone else’s game. Well, we are keeping a close watch on this matter, and as soon as any fix or update arrives for this issue, we will update the column.

For a quick refresher, the game is available on PC, PS4, and Xbox One X. The game is exclusively available on Epic Store until 2020. The game features the story of the Vault Hunters, who regroup on the order of Crimson Raiders and arrive on Pandora.

The game features four new playable characters, which include the following: Amara, FL4K, MOZE, and ZANE. In the game, players can complete various missions that are given by non-playable characters. The completion of those missions, rewards players with in-game items, money, cosmetics, and experience.

Borderlands 3 also features Mayhem Mode, which increases the difficulty level of the game. Mayhem Mode has three levels of difficulty, and while playing in this mode, players can unlock wild loot for themselves.

A Halloween themed event, The Bloody Harvest, is also expected to arrive for the game in October. Currently, the Borderlands Anniversary Celebration event is live in the game. Have a look at the schedule down below. 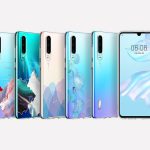