Pokemon Go October Community Day details have been announced. The upcoming Community Day will feature a Ground-type Pokemon Trapinch. Speaking of Trapinch, it is a Generation III Pokemon. Trapinch comes under the Ant Pit Pokemon species.

The upcoming Community Day will take place from 11 am to 2 pm in your local timezone. The list of bonuses that are available under this event includes the following: 3x Catch XP and 3-hour Lure Modules. During Pokemon Go October Community Day, the spawn rate of Trapinch will increase in the wild. 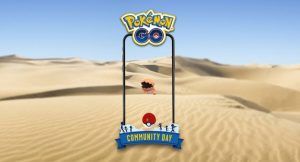 If you are lucky, you may encounter Shiny Trapinch. Speaking of Trapinch’s shiny family, Shiny Trapinch has a green body color, whereas its final evolution Flygon has blue horns instead of regular green. Have a look at the Shiny family of Trapinch down below. Every Vibrava evolved during Community Day hours will learn the special move Earth Power. However, even with the move Earth Move, Flygon stats are not enough to challenge Groudon, Excadrill, Rhyperior, and Garchomp. Speaking of recently introduced, Galarian Ponyta, it can be found in a certain forest of the Galar region. It is a Psychic-type Pokemon with a height of 2 ‘.7″ and weighs around 52.9 lbs. So far, two abilities have been revealed for Galarian Ponyta: Run Away and Pastel Veil. 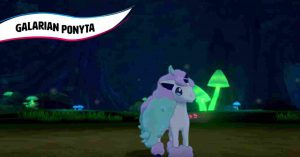 Galarian Ponyta’s Pastel Viel Ability prevents Pokémon and its allies from becoming poisoned! It can even cure the poisoned status condition of its allies when this Pokémon enters the battlefield! So it can be very useful if you are facing Poison-type Pokemon in a battle.

Pokemon Sword and Shield also feature gigantamax forms for a few Pokemon, including Corviknight, Drednaw, and Alcremie. But ‘Gigantamax’ forms only occur if Pokemon has activated its Dynamax form and is fighting in Max Raid Battles.