Remember those futuristic gadgets called the ‘palmtop’ during our childhood? Essentially a mini computer-cum-phone hybrid, those little gizmos could be seen anywhere from Bond movies to your corporate workplace. Palm, the famous company behind the PDA lineup, made a fortune in those days.

Before being acquired by HP, Palm started developing Linux kernel based webOS. I am not going to bring the Android-webOS controversy, but they certainly created something ahead of their time. As a matter of fact, LG is actively using webOS in their smart TVs.

HP sold the associated trademark to TCL, a company known for releasing Alcatel and Blackberry branded devices. The reincarnation of Palm was quite fascinating, as they came up something which is far from a complete phone.

Dubbed as a ‘companion device’, the Snapdragon 435 powered Palm Phone is exclusively available via Verizon. Although there is 3 GB RAM and 32 GB of internal storage, this tiny (3.3 inch screen) gadget can’t work as a standalone smartphone.

The big red carrier forces you to use it as a secondary phone over your existing connection. TBH, the built-in 800 mAh battery is another bottleneck for this unique-but-useless piece of hardware. Oh, and the phone runs a skinned version of Android 8.1 Oreo.

Verizon pushed the last security update for the phone back in March in the form of System Update 2 (software version 1AGN). I can’t decipher the exact reason, but the carrier is now pushing the third software update for the phone with August (yes! Not even September/October) patch set.

– Added an optional Palm registration screen in the setup wizard

– Other minor performance enhancements and improvements

For a barebone secondary phone, the update pace may sound normal – especially when it is coming from Verizon. Nonetheless, this particular software update (build 1AMD) is a mandatory one and you may need to uninstall Google Chrome (!) in order to receive the update prompt.

With the advent of smartwatches, Palm Phone is having a hard time to justify the existence of itself as a companion devices. The lack of software updates could be an indicator towards the early retirement of the gadget, but hey! At least it is not another phone with predictable design elements. 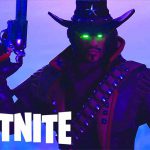