Its been a while since we got excited regarding a smartphone from Motorola. The company simply has not been in their top form this year around.

Recently, the company launched the Motorola One Macro which sports a dedicated macro camera lens that lets you shoot images as close as 2 cm. But, that’s about it and there is no other smartphone in their portfolio that has made some headlines. However, the company seems dedicated to rolling out the latest security updates for its devices. This is due to the fact that smartphone users have become knowledgeable about the importance of the updates and the vulnerability it fixes on their devices.

OEMs like Motorola are also providing extended support to older devices. And in a recent development, Motorola has announced the October security update for the Motorola Moto E6.

Similarly, the Verizon variant of the Motorola Moto E4 and E4 Gold are receiving new updates, but it brings in September 2019 security update. Let us get into the details about the announcement and update, one by one.

Motorola has previously announced the October 2019 security update for quite a few devices and the recent one to join the list is the Moto E6 smartphones.

For specs buffs, the Moto E6 is powered by the Snapdragon 435 processor which is paired with 2GB of RAM and 16GB of internal storage. The device sports a single 13MP main camera along with a 5MP front camera. It has a 5.5-inches 720p display and a rear-mounted fingerprint scanner as well. Under the hood, the device packs in a 3000 mAH battery

Now, coming to the announcement, the update promises to bring stability improvements for the device along with the October patch. Here is the official announcement screenshot:

Motorola is excited to announce a new software update for moto e6 by Motorola. This update brings important security improvements to your phone.

If you have not received the notification for the update, go to Settings>>System>>System Updates>>Download and Install, for manually checking for the update. Below is the official changelog for both the updates and the screenshots as well:

If the notification for the new update for the Verizon Moto E4 has not hit your device then, you can go to Settings>>About Phone>>System Updates to check for the updates manually. 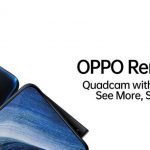