Respawn’s latest and hottest Battle Royale, Apex Legends touched new heights of teasers with Season 3 teasers and obviously Crypto. The devs had opened up to new possibilities of creating a hype for their upcoming content and they put some teasers which made Season 3 a huge success.

And now, the devs may already be teasing the upcoming legend – Revenant!

The tease came from one of the Respawn’s employee. But there may be a slight chance that this may very well be a leak instead of a tease. But as of now, the images are out and the information is public, so anyway players have got a sneak peek of the upcoming legend.

The tease/leak came from a level designer at Respawn Entertainment. Alex Graner posted some pictures of Octane’s Gauntlet. He also gave away the picture of the upcoming legend Revenant in the clips. Take a look at the tweet below – The image in reference is the first one. You can see the full image here – Alex is a level designer for Apex Legends and this came out hours back and still isn’t taken down. This could mean the devs have intentionally ‘leaked’ it to tease the upcoming legend Revenant. You can see Revenant on the Champion Banner in the image.

According to the plan by Respawn, we will be getting one new legend per Season. We got Crypto this Season. So, teasing Revenant this early in the Season doesn’t makes any sense if he will be joining in Season 4. But as we know, Season 3 is longer than usual, so we may get to see Revenant as well.

While all this is just speculations, players shouldn’t take anything seriously until confirmed by the devs. But you can lets us know in the comments section below your opinion Revenant. 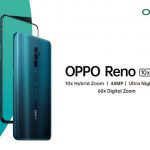