T-Mobile is slowly slipping down the pecking order of timely software updates. Today, even U.S. Cellular rolls out software updates to some devices well ahead of T-Mobile, with the latest case in point being the LG V30 Android 9 Pie update.

Heck, even the Galaxy Note 9 on U.S. Cellular already received its September security update back in mid-September with camera improvements and bug fixes, but it’s only now that T-Mobile is rolling out this very update to its Galaxy Note 9 users in the U.S.

The first Galaxy Note 9 units to receive the September update got the OTA nearly three weeks ago. The update then started spreading to other regions, tagging along the haptic feedback on swipe navigation and camera improvements.

AT&T was quick to follow U.S. Cellular in dishing out the Galaxy Note 9 September security update before Verizon Wireless and the U.S. unlocked variants joined the party.

Today, the day has arrived for T-Mobile variants to receive their September security update, a few days after Three UK and O2 started rolling it out. Like just about everyone else, the T-Mobile Galaxy Note 9 September update improves camera performance and device stability.

What’s new:
– Improved performance – Camera
– The security of your device has been improved

The changelog doesn’t get into specifics of what camera improvements the update brings, so be sure to chime in with what you feel has changed in your comments at the end of this post.

As for the OTA itself, it is arriving as software version N960USQU2CSI1 and weighs in at 267.31MB. OTA software updates could take days before everyone receives the download notification, so don’t freak out if you haven’t seen one on your Note 9.

Just so you know, the latest October security patches are already available for Samsung Galaxy S10 5G, Galaxy A50, Galaxy A30, and even the entry-level Galaxy J2 Core that runs on Android Go. God knows when T-Mobile will bring this update to its Note 9.

Going by latest reports, Galaxy Note 9 devices on Canadian networks Bell and Telus are also getting the September OTA now.

NOTE: For more Samsung-related coverage, check out this section. You can also route to this section for more T-Mobile-centric stuff. 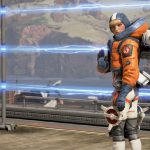 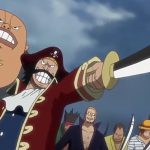