It’s now five months since Google updated its Android distribution dashboard with details of how far the newer versions of the OS have spread out in recent times.

Back then, Android 10 was still in beta, but even so, the few devices that have received the stable version wouldn’t account for any significant market share. So far, the OS is available for Google Pixel users, Essential Phone, OnePlus 7 and OnePlus 7 Pro.

While Huawei has several devices currently testing the beta version of EMUI 10 based on Android 10 and many others confirmed to receive the update, the stable version hasn’t arrived even for those who started off the program on their Huawei P30 Pro units.

On the other hand, the biggest smartphone vendor in the world – Samsung – has just announced its Android 10 beta program for the Galaxy S10, Galaxy S10e, and Galaxy S10+ in Korea.

Samsung and Huawei account for the biggest number of Android devices on the market. If these two can get their act together and deliver timely OS upgrades to all devices, it would greatly improve the speed of Android OS adoption.

To this end, Google has little it can do to force device makers into rolling out timely Android OS updates to their devices, but the search giant keeps trying new techniques.

In the latest attempt, Google is reportedly set to force OEMs to pre-install Android 10 on all devices that are brought in for approval after January 31, 2020, according to a discovery made by XDA Developers.

Apparently, Google will stop approving new devices powered by Android 9 Pie on January 31, 2020, after which it will mandate that any device that needs Google Apps and Services pre-installed must be running the latest Android 10 out of the box.

What this means is that beginning February 2019, we will see more Android 10-powered devices coming into the market. But of course, this won’t stop OEMs from releasing Android 9 Pie devices because they can as well get them approved by Google months before releasing them.

If this goes well, Android 10’s market share should be significantly bigger than the current 10.4% of Pie come May 2020. 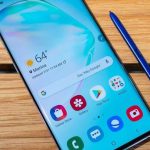 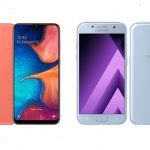