The smart wearable devices which include fitness bands, smartwatches, etc has seen tremendous growth not only in India but, globally as well. Not only our phones, even our wearable devices have become smarter.

Talking about numbers, in India, according to a report by IDC Worldwide Quarterly Wearable Device Tracker, the wearable market shipped a record 3 million units in Q2 2019 with 124% annual growth. Talking specifically about the wrist bands, the shipments grew by 19.3% annually compared to the same quarter last year. In addition, the report reveals the average selling price also came down by 9.7% due to the availability of various budget options.

Big brands like Xiaomi, Samsung, Huawei, Apple have a huge range of smartwatches, fitness bands and other wearables in their portfolio, which has contributed to the growth of this segment in India.

Xiaomi is continuing its well run in the smartphone market and they also have a firm grip on the wearable segment. And now, Xiaomi has rolled out an update for the Mi Band 4 which brings along the auto screen off feature and more. The Mi Band 4 features a 0.95-inch AMOLED display and has built-in 6-axis high precision sensors. The device sports a 135 mAh battery and has NFC and water-resistance as well. It offers 512KB RAM and 16MB of internal storage.

Mi Band 4 has Bluetooth 5 and is compatible with devices running on Android 4.4 or iOS 9 and above. It also offers features like a microphone for the voice assistant, time display, steps counter, heart rate, activities, weather, notifications from apps, calls and more.

Coming to the update, it carries version number 1.0.7.04 and apart from the auto screen off feature it also brings in custom watch faces (Anime and game characters), improved Swim-tracking feature as well.

With the auto screen off timeout, now the users will be able to change the time between 5 and 10 seconds after which the screen will go off. By default, the screen off time will be set to 5 seconds which the user can tweak according to their likings.

Note that the update is currently rolled out in Turkey but soon, it will be available for other countries as well. You can check for the update by connecting your Mi Band 4 to the Mi Fit app. 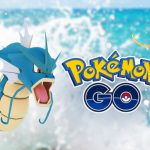