Samsung has a lot of smartphones in its portfolio. Ranging from budget to mid-range to flagship and now even premium flagships. The OEM offers devices to cater to everyones needs.

This year has been a busy year for the Korean smartphone giant, as they brought in the Galaxy S10 and Note 10 series. Previous to that, they totally revamped the Galaxy A-series and also brought in a new mid-tier Galaxy M-series smartphone.

They basically replaced the mid-range J-series with the Galaxy A-series. The Galaxy J-series served the budget to mid-range segment customers. But after the arrival of Chinese smartphone makers like Xiaomi, Oppo, and Vivo, the J-series seemed a bit overpriced and Samsung decided to discontinue it.

Whatever the reason may be, Samsung has seen some impressive numbers this year. All thanks to their progress in the right patch as according to a report by Counterpoint Research, almost 89% of Samsung smartphones are running the Android 9 Pie.

However, the OEM hasn’t forgotten the J series’ devices as they’re now rolling out the September 2019 security patch (not the latest though) for the Galaxy J8 (aka J8 Infinity) device. Before this, the last update the device received was the July patch.

Just for refresher, Galaxy J8 is powered by the Qualcomm Snapdragon 450 chipset paired with 3/4GB of RAM and 32/64GB of internal storage. It sports a 6-inch Super AMOLED screen with a single 16MP front-facing camera. At the rear, you get a dual-camera setup of 16MP+5MP and a rear-mounted fingerprint scanner as well. Under the hood, the device houses a non-removable Li-Ion 3500 mAh battery.

Note that the Samsung Galaxy J8 is placed under the Current Models for Quarterly Security Updates section according to the official Samsung Android Update Cycle.

Talking about the update, it carries the version number J810GDDU3BSI4 / J810GODM3BSI1 / J810GDDU3BSG1 and weighs in around 352.20MB in size. So, we would recommend you to use a stable mobile data or WiFi internet connection in order to download the update on your device.

Below is the official changelog and the screenshot shared by one of the users of the Galaxy J8:

Note that the update is rolled out via OTA in batches and may take some time in reaching all of the devices. However, you can check out for the update notification by heading to Settings>>Software Update>>Download and Install. If the notification is available, you can tap on it to download. 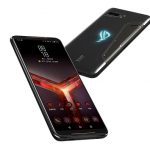