Epic Games’ Fortnite is one of the top played Battle Royale. Though new games such as Apex Legends pose a competition for the game, still Fortnite has managed to hold its own in the player base count. But recently, Fortnite saw a reduction in player base when the introduced cross-platform matchmaking.

Some players were furious about the cross-platform matchmaking as the players were being matched according to skill level no matter which device they were playing on. This allowed mobile players in the PC lobby which put mobile players at a serious disadvantage over mouse-keyboard combo. Players complained extensively and Epic’s Reddit and twitter was full of complaints and players lashing out. Epic games finally came out with their reply to these complaints on October 3. They not only explained the matchmaking system and also cleared air about the providing update which can possibly change this.

Epic said – “We’ve seen a lot of discussion about potentially unfair competitive advantages from pooling players together across platforms and input devices,” the post reads. “The new matchmaking system, however, accounts for various skill levels across different platforms and control inputs, and groups players of similar skill levels together.” This means that players are not only accounts for just the skill level of the players but also accounts for their skill with the control inputs.

They further said – “Our goal with the new matchmaking system is to create fairer matches for all of our players, which includes special considerations for each platform. This means that where similar skill exists, players may be paired against opponents from all platforms – whether they’re using mouse and keyboard, a controller, or touch input.” As for any changes or updates, Epic said that they are monitoring data and match analytics and feedback. They will be making changes or adjustment according to their analysis. There is a possibility of rollback to earlier matchmaking system. Are you satisfied with the cross-platform matchmaking? Let us know in the comment section below! 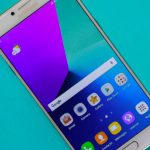 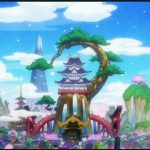