Samsung had a busy 2019, as it added quite a few new phones to its portfolio. For instance, we had the Galaxy S10-series flagships, then we got the M-series budget-to-mid range devices, then the revamped A-series, and finally the Galaxy Note 10 series.

In between all this, Samsung also had its fair share of problems and issues with the latest Galaxy Fold devices, which is the companies first foldable smartphone costing around USD 2,000.

Now, with the launch of the Android 10 OS, like all other major OEMs, Samsung is also trying to bring the latest Android 10 experience to its compatible devices soon. Not only this, but the company is also trying to update many of its older generation smartphones with either firmware or security updates.

This is something new and refreshing from a Samsung’s user perspective as the company is not known for rolling out regular updates, let alone firmware updates. Moreover, looking at the Android security update cycle plan of Samsung, a lot of older generation smartphones are also slated to get security updates.

Besides, Samsung has also been one of the top brands under the Android version share for top 10 manufacturers for Q3 2018-Q2 2019 category according to a report by Counterpoint Research. Almost 89% of Samsung smartphones are running the Android 9 Pie.

Progressing further, Samsung has now rolled out the latest September 2019 security updates for the Samsung Galaxy J7 Duo & J2 Core smartphones. The update for the J2 Core has been rolled out to various regions like BKD, India, Peru, and Colombia. And it’s expected to come to other regions soon.

However, the patch weighs around 758MB in size which is quite hefty for a security update. Below is the official changelog and the screenshot:

However, if you are a power user and wish to install the update right away on your device then, below are the region-specific download links for the Galaxy J2 Core: 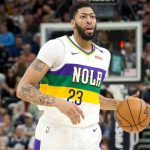 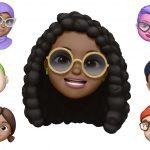