As the launch date of OnePlus 7T approaches, T-mobile has made a surprising change to its listing of smartphones. Yes, you read it right. OnePlus 7 Pro is no longer available for purchase from T-Mobile’s website.

Until recently, T-Mobile was selling two OnePlus devices, OnePlus 7 Pro and OnePlus 6T. OnePlus 7 Pro being discontinued, the latter (OnePlus 6T) first launched in 2018 and still continues to sold by the carrier. The reason behind the sacking of OnePlus 7 Pro is still unknown. 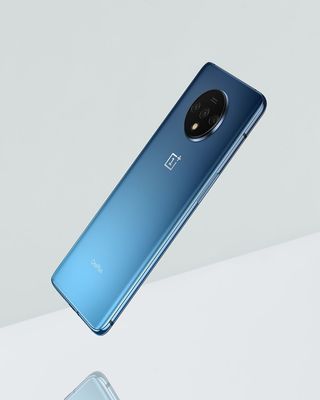 Going by reports, T-Mobile support has confirmed the carrier

It is quite surprising on the part of T-Mobile to discontinue a latest flagship device. Its not that OnePlus 7 Pro is old or outdated by any stretch of your imagination. Neither OnePlus 7T is a direct successor. Your guess is as good as ours as for what could have caused the carrier to make this move.

Hopefully T-Mobile comes up with an official announcement of any sort to justify their action. Meanwhile, if you desire for more, on the release of One Plus 7T, head here. Fortunately, if you reside in US and want to buy a OnePlus 7 Pro (while the 7T is about to arrive in a couple of weeks), you can still grab it from OnePlus’ official website. Not to mention, that’ll be an unlocked variant.