Motorola brand is thriving hard to survive in today’s competitive market. Since the takeover by Lenovo, the company is finding it difficult to keep up with either coming up with innovative smartphones or the timely security and firmware rollout for its devices.

However, the company is trying its best to make their presence felt as they have announced their entry in high-end 5G enabled smartphone segment joining the likes of Samsung. They made this announcement in the IFA 2019 held in Berlin this month.

The number 8% might not look as great as others, still, something is better than nothing and it shows that the company is slowly building up its momentum that they lost.

In recent developments, Motorola has announced the October 2019 security patch for the Motorola Moto One Action smartphone. For a refresher, the device was launched in August this year and packs in the Samsung Exynos 9609 processor.

It is also the industry’s’ first smartphone that has an ultra-wide-angle action cam. Coming to the announcement, it states that the new update brings in the October 1, 2019 security patch. But, there is nothing new apart from the security update. Below is the official announcement and the changelog for the latest October security update:

Motorola is excited to announce a new software update for motorola one action by Motorola. This update brings important security improvements to your phone.

Note that the update will be soon rolled out via OTA in batches and will take some time in reaching all the regions. You can always manually check whether the update has arrived on your device or not, by heading to Settings>>System>>Advanced>>System Updates.

We will keep you in the loop if we have more information about it. 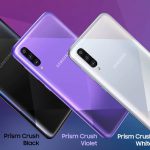 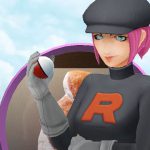