Apple is once again making headlines, but not for good reasons this time.

Apple in their trademark’s list has listed Memoji as a federally registered trademark with the U.S. Patent and Trademark Office, denoting it with symbol ®. Instead, Apple was supposed to use ™ or ℠ , which means a service mark that has not been granted a registration from the US Patent and Trademark office. 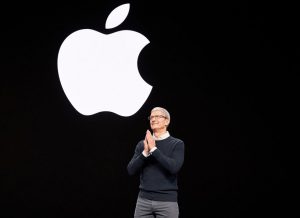 As a result, Social Technologies LLC the Atlanta based company, have filed a lawsuit against Apple for improper use of the symbol ®, which means having a federally registered trademark with U.S. Patent and trademark office.

Social Technologies LLC officially  has an Android application Memoji listed in Google Play Store, which is described as:

The world’s best messaging app that will capture the facial expression of the end user with full-motion capabilities, and transpose the image into a custom, personalized emoji of the users actual face. 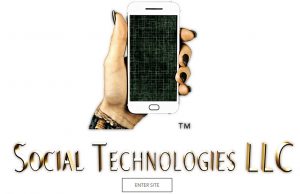 However, immediately following Mr. La Perle’s deposition, the Trademark List was updated to include the falsely designated MEMOJI® mark. On information and belief, Mr. La Perle orchestrated a scheme to undermine Social Tech’s registered trademark rights and mislead the public by causing Apple to add the falsely designated mark to Apple’s Trademark List.

Memoji is Apple’s customized emoji feature for iPhone and iPad. It was launched in WWDC 2018 as part of iOS 12. Apple has applied for two trademarks with the U.S. Patent and Trademark Office, of which both are suspended following the lawsuit by Social Technologies LLC. ( Link 1 , Link 2  via. )

An excerpt from Social Technologies LLC’s prayer for relief is as follows:

A. Entry of preliminary and permanent injunctions prohibiting Defendants and Apple’s
agents, servants, employees, and all persons acting thereunder, in concert with, or on
Apple’s behalf, from using the registration symbol in connection with the mark
“MEMOJI” or any similar mark;

B. Entry of preliminary and permanent injunctions prohibiting Apple and its agents,
servants, employees, and all persons acting thereunder, in concert with, or on Apple’s
behalf, from using in commerce the Infringing Memoji mark or any colorable imitation or
confusingly similar variation thereof;

C. An award of monetary damages, including actual, exemplary, and punitive damages;

D. Prejudgment and post-judgment interest to the extent allowed by the law;

E. An award of all costs, expenses, and attorneys’ fees incurred in prosecuting this action;

F. A declaration that Social Tech owns the only federally registered Memoji trademark;

G. A declaration that Social Tech owns and has the right to use its MEMOJI trademark for
any and all purposes and that its MEMOJI Mark is a valid, enforceable and federally
registered mark protectible under the Lanham Act as issued by the PTO, and that Apple is
not entitled to a federal registration for the mark MEMOJI; and

H. Such other and further relief as the Court may deem just and proper.