The Android ecosystem, in general, is not usually the best when it comes to timely software updates. If you want the best in the business, though, the Google Pixels are your safest bet.

For those who don’t have a thing for stock Android, the best you can do is OnePlus. The Chinese device maker, for instance, has already updated the OnePlus 7 and 7 Pro to the stable Android 10 and will soon add OnePlus 7T, OnePlus 6 and OnePlus 6T to the list.

Unfortunately, especially for folks in markets like the U.S. where most smartphone buyers prefer getting one through carriers, there aren’t many carrier deals for OnePlus devices. This leaves them with very limited choices, among them Samsung devices.

Make no mistake, Samsung has some of the best smartphones out there, especially in terms of aesthetics and hardware. Heck, even the company’s Samsung One UI skin is loved by many, however, the heavy customizations mean software updates will always delay.

The delays get even worse when carriers are involved, something most savvy smartphone buyers are pretty much conversant with. On the brighter side, the updates always arrive, no matter how late, just like in the current case of Sprint Samsung Galaxy S10 series’ September security patches.

The full firmware for the Galaxy S10e is version G970USQS2BSIA while that of the standard S10 is version G973USQS2BSIA. As you can see from the screengrab above, the S10+ is receiving its September patch as version G975USQS2BSIA.

Besides the new security patch, the September update also bundles the usual bug fixes and performance improvements, but no new features have been mentioned. The OTA weighs in at just under 200MB, which should explain the lack of new features.

The global variants of the S10 series got a huge September update that tagged along a bunch of new features from the Galaxy Note 10, but none of these are part of Sprint Galaxy S10 update. If anything, this is the same update that T-Mobile, AT&T, and Verizon already rolled out to their S10s.

FYI, OTA updates can take several days before all units receive the download notification. If your S10 set hasn’t received it, you can either wait for it to arrive or try forcing the update via Software update option in the Settings menu.

NOTE: For more Samsung-related coverage, we have a dedicated section for that here. There’s also more stuff related to Sprint under this section. 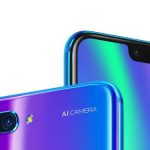