Apple is one of the few brands that doesn’t provide a led notification light for its iPhone line up. But, this could very well be history if we were to go by a patent (Via: GSMArena) – titled “Electronic Devices With Adjustable Decoration” – filed on September 18, 2018.

The patent describes the use of a logo or other decoration on the casing of the phone to alert users of incoming calls or messages, or a reminder set by the user on the calendar and even notified on the activation of the camera. Interesting, right?

As per the patent, there will be circuitry embedded inside that would control the logo and how this could be achieved by sensors or input/output devices to detect events. The LED might come in separate colors, with different colors illuminating the Apple logo for different notification types.

Recently, Apple launched its latest versions of iPhones. The iPhone 11 Pro, iPhone 11 started shipping on September 20, with pre-orders from a week earlier on September 13 and no it doesn’t feature the illuminated Apple Logo. So, we assume the Apple 12 line up might very well do.

Earlier, if we recollect right, the MacBooks featured an illuminated Apple logo. But, for some reason Apple discontinued the feature. One thing for sure, if the iPhones implement this illuminated sort of Apple logo notification led, it will definitely look cool along with added advantage for the users.

But, hold your horses, as this is just a patent so there’s no surety if it will make its way to the iPhones. Fingers crossed! What’s your take on this? Would you like to see this feature on future iPhones? 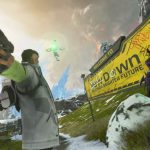 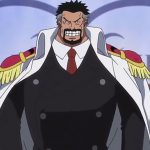