The Call of Duty mobile also has a Battle Royale Mode which will feature up to 100 players. There are three different Battle Royale modes which include the following: Single, Two-person, and Four Person. It means you can enjoy the game with your friends or you can also play alone. 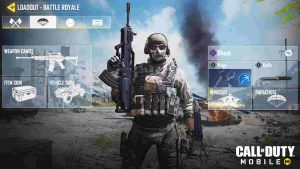 Defender: With the ability to place a deformable Transform Shield, this class also is Reinforced, raising resistance to all damage except bullets.

Scout: Utilizing the Sensor Dart that can view hostile positions in the immediate area of the radar map, this class also benefits from the Tracker ability; allowing you to see fresh footprints of hostiles. Clown: A master of distraction and friend of the undead, this class has a Toy Bomb to detonate, summoning zombies that only attack hostiles near to them; due in part to the Clown having the Anti-Zombie ability, which reduces the zombies’ aggression distance.

Medic: This class can place a Medical Station that continuously heals the Medic and associated allies in the immediate vicinity. In addition, the Master Healer ability allows a Medic to heal more quickly, and reduces the time it takes to revive teammates.

Ninja: Lastly, this clandestine class has a Grapple Gun that fires a hook, allowing you to propel yourself up and onto target buildings or across the landscape at speed. Movement is quiet too, due to this class having the Dead Silence ability. Call of Duty Mobile also features a variety of vehicles with the help of which players can fast travel across the map. The list of vehicles available to players includes the following: ATV, Light Helicopter, SUV, and Tactical Raft. Now, let us see the minimum and recommended requirements of Call of Duty Mobile.