Pokemon Go is one of the best mobile games that are currently available in the market. The game was launched in 2016 & since then the game has been running strong. Pokemon Go success can be credited to Niantic, as they kept adding interesting content to the game from time to time.

A recent Sensor Data report has revealed that Pokemon Go made a whopping $170 million in August 2019. The reason behind this increase in revenue was the addition of Team Go Rocket to the game. Team Go Rocket invaded Pokestops and players were required to defeat Go Rocket grunts and purify Pokemon.

But amid these interesting events, Pokemon Go has also been plagued by many bugs in three years. However, Niantic kept resolving these bugs from time to time. But a new app crashing bug is currently affecting iPhone owners. The number of users complaining about this issue has increased significantly in the last 24 hours. Have a look at some of the complaints below.

Check out some more complaints.

The list of iPhones that are affected by crashing bug includes iPhone 6, iPhone 6 Plus,iPhone 7, iPhone 7 Plus, iPhone 8, iPhone 8 Plus, iPhone X, iPhone XR, iPhone 11 Pro Max & iPhone 11. Most people think that the latest update to the game has brought this bug. Niantic has not responded to this issue yet, but we certainly hope a fix for this issue will arrive soon as numerous users have been affected by this bug. As soon as any fix arrives, we will update the column.

Mewtwo, which is returning to raids on October 8 will feature a special move Psystrike. Mewtwo is a psychic-type Pokemon and is weak against strong Dark-type, Bug-Type & Ghost-type Pokemon. Best counters of Mewtwo are the following: Houndoom, Gengar, Mewtwo, Tyranitar, Origin Giratina, Absol, and Weavile.

Two additional raid passes will also be given to players within the hour of the Mewtwo’ raid on October 8, 2019. It means players can get three raid passes during that day. You can get more details regarding it by heading here. 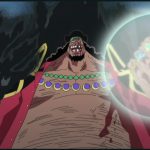