Google recently announced the third iteration of its watered-down version of Android – Android 10 Go – and went on to brag about how the new OS is more secure and way faster than the outgoing Android 9 Pie Go.

Well, that’s the usual talk with every other new version of Android OS and expect to hear the same from Google when the successor to the latest Android 10 Go arrives sometime next year. Unfortunately, though, the intake of Android 9 Pie Go hasn’t been up there with the standard Pie version.

For instance, none of Samsung’s existing Android Go devices has received an OS update. The Galaxy A2 Core, Galaxy J2 Core, and Galaxy J4 Core are still stuck on Android Oreo Go edition. Nokia, on the other hand, has done a pretty impressive job with the Nokia 2.1, which has already received Pie Go update.

It was uncalled for Samsung to launch the newest of them all – Galaxy A2 Core – powered by the same OS in April 2019 given that Android 9 Pie Go had been around since late 2018, but coming from Samsung, it wasn’t surprising.

In June, reports emerged from Brazil claiming that the Galaxy J4 Core Android Pie Go update was live, but it turned out to be a false alarm. As we wait for the J4 Core’s Pie fate, the device is receiving a minor update that installs the latest September security patch.

The rollout is ongoing in multiple markets as I write this, among them Vietnam, Malaysia, Saudi Arabia, United Arab Emirates, Iraq, Egypt, and South Africa. The update is arriving as version J410FXXS2ASI1 in Malaysia and Vietnam and version J410FXXS2ASI2 in other markets.

Of course, the underlying OS is still Android 8.1 Oreo Go and since the update is arriving over the air (OTA), it will take time to reach all units sold globally. At this point in time, it’s unknown if and when the Galaxy J4 Core will actually be upgraded to Pie Go.

Interestingly, HMD Global has already made official plans about upgrading the Go-powered Nokia 1, Nokia 1 Plus and Nokia 2.1 to Android 10 beginning Q1 2020, which is pretty impressive considering these devices’ prices are a fraction of, say, the Galaxy Note 8 that won’t be upgraded to Android 10.

If the Galaxy J4 Core update hasn’t arrived on your end, you can try forcing the OTA via the Software Update section in the Settings menu of the device, but there’s no guarantee the download will be ready. If not available yet, keep nagging the update button until you get the OTA.

NOTE: For more Samsung-related coverage, you can check out this Samsung-centric section. 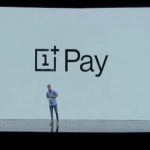 OnePlus Pay to hit devices in the coming year