The Moto E series has been around for quite some time and in the Moto E6, you have the most recent addition to the family. The device was unveiled in July 2019 and as a successor to the Moto E5, it comes with a mixed bag of changes over its predecessor.

The screen size is smaller at 5.5 inches and you get a slightly superior Qualcomm Snapdragon 435 SoC allied to the same memory options like the Moto E5. The cameras remain unchanged and the battery is smaller at 3000mAh vis-a-vis the 4000mAh on the E5. For some reason, the former is removable.

Software-wise, you get Android 9 Pie out of the box and to ensure the device maintains optimum performance throughout, Verizon Wireless is rolling out the first software update to the Moto E6 with a rather old Android security patch dated August 2019.

The new Moto E6 update is arriving as version PCB29.73-81 and as usual, we expect that other performance improvements and bug fixes have also been included in the OTA.

Whereas the incoming Moto E6 update bumps the security patch level to August 2019, those using the Moto E5 Go on Verizon Wireless are receiving the latest security patch for the month of September 2019.

Strange as it might look, the Moto E5 Go, despite being a year older than the Moto E6, seems to have been favored on this particular occasion, but of course, this favoritism won’t last forever.

Unlike the Moto E6 update, the incoming Moto E5 Go edition update is based on Android Oreo, the OS that powers the device out of the box. Sure, the Moto E5 Go won’t receive any OS updates, but security updates don’t seem to be a problem.

The OTA is arriving as version OPPS28.151-22-5-6 and as expected, it’s airborne, just like the Moto E6 update. Granted, it may take several days before all Verizon users get the download notification on either phone, so stay patient as you wait.

NOTE: We have even more Motorola-related coverage here. If interested in more Verizon-centric stuff, we’ve also got you covered here. 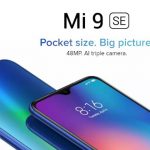 Pokemon Go players are getting banned for no reason