OnePlus is undoubtedly one of the most popular smartphone brands globally. Be it bringing out flagship smartphones at less price or incorporating innovative design and features in their smartphone, OnePlus has done it all.

The list doesn’t end here. The brand was the fastest to provide the August security update, even faster than Google itself. Keeping up with this, OnePlus also rolled out the Android 10 based OxygenOS 10 update for the OnePlus 7/7 Pro just a few days after the official unveiling of the Android 10 OS.

These are the things that stand out in the profile of a smartphone company, and OnePlus is surely making the most of it. Moreover, the OnePlus 7/7 Pro has been in the news since their launch and many of the tech reviewers have boasted about this smartphone for its features and design.

Talking of some more good news, the company has taken over the likes of big smartphone players like Samsung and Apple with the launch of the OnePlus 7 series. In a report by Counterpoint Research, OnePlus captured its highest ever shipment share of 43% in this segment for Q2 2019, widening the gap with Samsung and Apple. This gap is all thanks to the mega launch of the OnePlus 7 series smartphone as the OnePlus 7 Pro immediately captured about 26% share and bumped their shipment share for Q2 2019.

Moreover, according to another data from Counterpoint Research, the OnePlus 6T was crowned the top premium smartphone as per shipment market share for Q1 2019. It came over Samsung’s Galaxy S10 Plus and S10 smartphone with 26% market share.

However, amidst all this, the users after updating the OnePlus 7/7 Pro with Android 10, are facing a weird issue with the screen’s brightness. According to users of the OnePlus 7 Pro, the brightness slider cannot be adjusted while the Adaptive Brightness is turned ON.

Note that this issue has surfaced on the Open Beta 2 of the Android 10 for OnePlus 7/7 Pro. Below is the screenshot of the issue shared by the users on Reddit:

FYI, this issue was there with the Beta 1 of the Android 10 update for the OnePlus 7 Pro device.

If we look at the previous track record of rectifying the issue reported by users, OnePlus is one of those few companies that actually listen. Moreover, based on this, we can expect that there will be a new update fixing this issue pretty soon.

Let us know in the comments below if you are also facing such issue with the Android 10 update on your OnePlus 7 Pro unit. 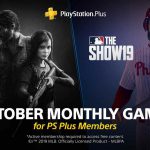 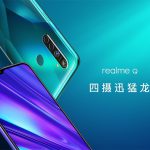