Three weeks ago, Google Pixel 2 and Pixel 2 XL owners were joined by those on the newer Pixel 3 and Pixel 3a as well as the older Pixel and Pixel XL in receiving the stable update to Android 10.

The stable Android 10 update came after months of extensive testing and bug-fixing escapades that culminated in Google dropping the dessert naming style that has often been many people’s source of excitement every year.

The update to Android 10 was bundled with September 2019 security patches and as you all know, Google will be pushing a new Android security patch for the month of October 2019 in a few days time. Until then, though, the search giant has something else for Pixel 2 and Pixel 2 XL users.

Apparently, a new software update is rolling out to the Pixel 2 and Pixel 2 XL handsets. The changelog attached to the update is the same one that we saw with the initial update to Android 10.

I just got notice of an update to Android 10 for my Pixel 2. Anyone know what this fixes? Since I already have 10, I wonder why it says Introducing Anrdoid 10.

The update is unusually small, weighing in at just 1.1MB. This is by far the smallest software update I’ve seen on any smartphone, which is a little strange coming from Google.

But given that Google has elected to seed this update at such a point in time, it’s most likely that it is here to fix something quite grave, probably a bug that simply can’t wait until October security patches arrive next week or so.

It’s not just the Google Pixel 2 and Pixel 2 XL units receiving a new Android 10 update on top of the existing version from earlier this month. Multiple Pixel 3, Pixel 3 XL, Pixel 3a and Pixel 3a XL owners have also received another Android 10 update with no specific changes.

On the other hand, other Pixel 3 and Pixel 3a users are receiving this same update weighing between 1.1GB and 1.3GB, the same size as a full Android 10 OS upgrade. To recall, these Google Pixel 2 and Pixel 3 users have already received the initial update to Android 10. So what’s with the huge size? NOTE: You can get more Google-related coverage under this dedicated section. For more Android 10-related stuff, check out this section. 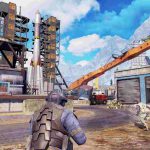