A new Xiaomi Mi 9 software update is available to download on the global variant of the device. The update is arriving as MIUI 10.2.14.0.PFAMIXM and is initially targeting a handful of global Mi 9 units.

The Mi 9 was announced in February 2019 just ahead of the MWC 2019 event as Xiaomi looked to steal some of the limelight from the likes of Samsung Galaxy S10, Galaxy Fold and the 5G talk that dominated the biggest mobile tech show held every year in Barcelona, Spain.

As usual with Xiaomi flagships in the Mi series, the Mi 9 packs some punch. It has a 6.39-inch AMOLED screen with a 1080p resolution and under the hood, you get the flagship Snapdragon 855 chipset mated with up to 8GB RAM and 128GB storage.

The Mi 9 runs MIUI 10 out of the box based on Android 9 Pie and is on the list of devices expected to switch to Android 10. In fact, those in China can already try out Android 10 beta on their sets ahead of the official rollout.

The global variant of the Mi 9 has yet to get a taste of the same public beta version of Android 10, but it shouldn’t be long before the OTA begins rolling out. Until then, though, the latest Mi 9 software update brings an old August security patch and a bunch of optimizations.

Arriving as MIUI 10.2.14.0.PFAMIXM, the new update improves audio performance by reducing noise at low volume when enjoying music through earphones and the speakers. For those who have had any issues with the fingerprint response, this is the update you should get.

The update weighs in at 521MB, which is nothing unusual with Xiaomi’s MIUI updates. The skin itself is pretty heavy, so expect any update that comes its way to be equally heavy, especially on occasions like this where it includes more optimizations and bug fixes.

Here’s the full changelog as provided by Xiaomi:

The incoming Mi 9 software update is rolling out over the air. This usually takes time before hitting all units. If you can’t wait for the OTA to arrive, we have the download link for the full recovery ROM.

If you know your way around flashing MIUI ROMs using recovery mode, you can download the MIUI 10.2.14 update from the link below and install it manually. Otherwise, you’d be better off waiting for the OTA download notification.

NOTE: For more Xiaomi-related coverage, feel free to check out our Xiaomi-dedicated section. 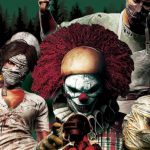 You can install MIUI 11 update on Mi 9 right now, but there is a catch (Download link inside)