Gone are the days we used to wear an analogue watch, which can only be used to keep track of time. With the advancement of technology, smart wearables entered the scene. When it comes to budget-friendly fitness bands, Xiaomi and Huawei top the list.

Mi Smart Band 4, the latest from Xiaomi features 0.95-inch full-colour AMOLED display. And, it does pretty much everything we expect a typical fitness band to do. The company claims the 135 mAh battery can last up to 20 days on a single charge.

As for Huawei, they are a generation ahead of Xiaomi, with their Honor Band 5. It has almost all the features of Mi Smart Band 4. However, the price is a tad on the higher side. There are three colour options for the buyers to choose from.

Just like for a smartphone, the companies rollout firmware updates for fitness bands too. What we spotted is the concerns from a bunch of Honor Band 5 users, who updated the software and bricked the display. You can see the post from a user below.

Recently I’ve purchased Honor Band 5
Via Huawei Health app I’ve paired device, everything was working perfectly. The only moment is that I could choose one of 3 display designs.
After few minutes of usage, band displayed for me a notification that there is firmware update…
I’ve made two updates to 1.1.0.60 and then for the biggest one – 1.1.0.74
I found that after update I’ve got much more display designs, tried to apply new one, but bad stuck on selection, and powered off.
I’ve tried to wake up it via power charger – no reaction, tried to charge over night, reconnect to power – nothing. It wont power on at all.
I’ve tried to find hard reset button by disconnecting strap – no luck.
It looks like software bug, but I don’t know how to reanimate device…

The one you see above appeared a month ago. An official replied (only six days back) asking for the firmware version and serial numbers. We could spot no fixes there on the official forum.

About a dozen comments on the bottom verifies the extend of the issue . Nonetheless, one commented updating to firmware version 1.1.0.92 did solve the issue. There are many who couldn’t get the band to work even after this update.

For some people, the sensors (heart rate, step counter, oxygen saturation, etc.) continue to work. They are having issues with the display. Sometimes, it shows notifications and sometimes it doesn’t. Even when the screen works, it is unstable and slow.

So, the band is transferring the data to the mobile application. Still, it refuses to show anything on the display. The glitch hasn’t been solved until now. We will update this story if and when the brand rolls out a fix.

Note:- Route to our Huawei section for similar stories. 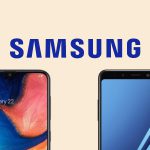 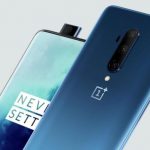