Apex Legends is getting a new Season on October 1 and with the new updates, players are praying that the devs fix the performance and connection issues which constantly plague the game. While Apex Legends is a really great game, recent performance issues make the game quite unplayable at times.

Respawn is working for the release of Season 3 and the latest legends which is now confirmed to be Crypto. The devs have been working hard to provide new content and keep the game interesting for the players.

But recently, players have reported multiple issues which made the game unplayable. Players have been reporting spikes in FPS and stutter that occurs randomly in the game. Even when there are no enemies around, still the FPS counter drops making the game lag which results in low performance.

Some players have even reported that these issues coupled with the connection issues causes the game to freeze totally and after a while, players get disconnected from the game.

These problems have been reported multiple times and devs have even tried to fix them, but these issues keep popping up which led to players theorizing that the issues may have been caused by some server performance glitches.

The game is an online Battle Royale which means that the servers play a huge role in determining the kind of gameplay the players get. A server with lags and congestion will result in unplayable gameplay.

Players have reached out to the developers and have reported their issues, while there was no acknowledgment from the dev side, but it does seem like that they are working on improving the client and server connection and performance issues.

What do you think about these issues? Have you run into them lately? Let us know in the comment section below! 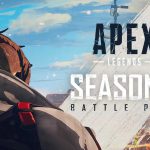