Not every OEM is like Google that releases the latest Android 10 update even for its 1st generation devices. Forget major OS updates, many OEMs are yet to push the latest security updates to their phones. And then comes Samsung, that is living under the rocks and hasn’t yet released Android Oreo for Galaxy On8 (2016). Taking the legacy of slow software and firmware updates, the users of the Galaxy On8 (2016) model left their hopes on receiving any major update, let alone the Android 8.0 Oreo. It seems that Samsung has completely forgotten about the On8 device.

Talking about the device, it is powered by the Exynos 7580 octa-core processor and runs on the Android 6.0.1 Lollipop and has been updated to Android 7 Nougat. The device packs in 3GB/16GB of RAM and Internal Storage combination.

In the display department, the device packs in a 5.5-inch Super AMOLED display and also houses a 5MP selfie camera. On the back, it has a single 13MP (f/1.9) camera lens. The device was launched way back in 2016. However, if you are the owner of the Galaxy On8 (2016) then this piece of news might excite you as Samsung has rolled out a new update that brings in the July 2019 security update. Unfortunately, there is still no Android Oreo for the device and it seems like Samsung has totally forgotten about it.

Taking a look at the update, it carries version number J710FNDDS1BSG1/ J710FNODD1BSB2/ J710FNDDS1BSG1 and weighs 54.29MB in size. So, it won’t be heavy on your data pack or WiFi connection, however, you might want a stable internet connection to download the update.

The official changelog reads that the security of your device has been improved. Below, is the update log as well as the screenshot shared by one of the users;

If you have not yet received the notification for this update then you can head to Settings>>Software Update>>Download updates manually. This will notify you if there is any update available for your device and you can tap on the notification to download it.

Surprisingly, the Galaxy On8 (2016) model is not listed under any of the categories of Android security update cycle list on the official website of Samsung. This seems pretty interesting that the company has provided a 2019 security patch for an unlisted device under the security update cycle.

Let us know in the comments if you have received this update or not and whether this update brings in any further improvements for the Galaxy On8 (2016). 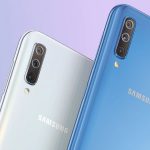 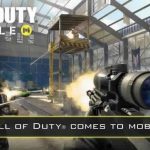