Apex Legends: Why game needs to be ‘fixed’ before it completely lands in competitive circuit Apex Legends Preseason Invitational ended on Sunday, and we saw some real pro-level plays in the tournament. But we also saw how the game is broken enough for not jumping into the competitive scene yet. There are numerous reasons for this and let’s go over them one by one –

1. Glitches – The primary reason for Apex Legends to not yet jump into the competitive scene are the glitches it’s plagues with. The game still has some major unresolved client and server issues. Apart from that, there are many gameplay glitches, and one was even used in the tournament as well!

In the second day of the tournament Team Reciprocity found themselves in a bit of a scuffle when two players of their team were downed and as the last member alive Joseph ‘Frexs’ Sanchez quickly took cover between a rock where he was able to avoid any shots fired at him. Take a look at it here:

One such glitch was uncovered on supply ships where players could avoid any damage whatsoever. The glitch was fixed, but it seems there might have been more than one such type of glitches all over the map.

2. Legend ability abuse – For any game to be in a competitive circuit, the game needs to be balanced to perfection which means no player should have an unfair advantage over the enemy players and for a game like Apex Legends, it’s tough when it comes to balancing the abilities.

The tournament was a clear example of how the combination of Pathfinder, Wraith, and Wattson was so OP. Wattson mainly was used to hold down a small room or a top of a building and combined with the problems in map design, Wattson was frustrating to deal with in the later stages of the game where one team had ring position to their favor.

This was pointed out by my many players who played in the tournament and some even suggested temporary legend bans for Apex Legends Tournaments. Take a look at the tweets from the players below:

There are many reasons other than these two like the connection issues and server-side issues, but those are not just confined to competitive Apex. The game needs a severe overhaul in the bugs and glitches department, and the devs need to discuss the balance for the legends when it comes to competitive Apex Legends.

What’s your take on this? Drop a comment and let us know. For more Apex Legends related stories, head here. 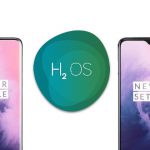