Despite the hefty brand reputation, Samsung didn’t have massive success in budget segment. Until the end of 2018, the company couldn’t rise up to the expectations of the users due to the Chinese manufacturers out there.

What about in 2019? Well, it is true that they can’t defy the so called value for money smartphones. However, the ‘M’ series, which came to light in the beginning of this year helped them regain the trust of budget-concerned users a bit.

Now that Samsung has a new lineup in the lower price bracket, did they abandon the old models? No futuristic manufacturer does that! That’s why the South Korean tech giant has just released September update for Galaxy J4 Prime.

Launched in May 2018, the device came with Android 8.0 (Oreo) out of the box. Nonetheless, 9.0 Pie found its way to J4 Prime back in April itself. And, it is worth noting that the phone didn’t receive any security patches in the last two months (July and August).

Cut to the update, the changlog hints at just one thing apart from the September patch (Know Guard stability). Considering its 2.56 GB size, you may find a few more features and fixes. Carrying the firmware version J415FXXU4BSI2, it only started rolling out for users in Malaysia as of now.

Accompanying the J4 Prime is Nokia 9 PureView with its September update. HMD Global’s flagship offering went on sale in February this year with Android 9.0 Pie. The five camera array system on the back made the device stand out in the crowded market.

Concerning the latest OTA, it bumps up the security patch to September. Downloading the package won’t burn a significant portion of your data pack given it’s only 73.4 MB in size. The following screenshot you see was taken from an Indian unit.

So, the people outside India may have to wait some time to get the OTA notification on their handsets. In the meantime, you can manually check for updates by following Settings>> System>> System updates.

Note:- Don’t forget to check our Samsung and Nokia sections for similar stories. 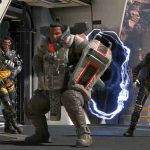