Huawei might be putting on a brave face each and every day, but it’s public knowledge that all is not well in Shenzhen, China.

It was business as usual at the just-concluded IFA 2019 in Berlin, Germany as the company unveiled a series of new products like Huawei FreeBuds 3, Huawei WiFi Q2 Pro home Wi-Fi system, and some new colorways – Mystic Blue and Misty Lavender – for the super-impressive Huawei P30 Pro.

But as expected, it is the launch of the 5G-capable Kirin 990 chipset that grabbed the limelight thanks to the fact that it will power the upcoming Huawei Mate 30 and Mate 30 Pro. Huawei has often staged separate events for unveiling its flagship phones, so we didn’t expect the duo at IFA.

It has been revealed that Huawei Mate 30 phones may launch without Google Apps and Services but still run Android 10. That, however, can only be confirmed once the devices come out next week Thursday. The company has scheduled an event in Munich, Germany for unveiling the Mate 30 series. 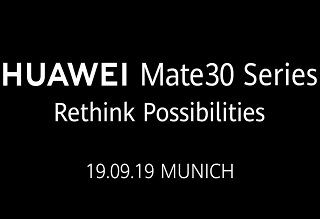 While the U.S. ban may stand in the way of the Mate 30 and Google Apps, it doesn’t affect existing devices like the Huawei P Smart 2019, which is why it is still receiving new software updates to date.

The Huawei P Smart 2019 is also expected to continue receiving updates that include EMUI 10 based on Android 10, the latest and greatest from Google. You can read more about Huawei’s Android 10 plans here.

If you own the P Smart 2019 and not the Plus variant, there is a new software update arriving as EMUI 9.1.0.264(C432E8R1P12), a target for the European market. The firmware weighs 107MB and so far, it has been spotted in Croatia, although more European countries should be receiving it now.

There isn’t much that the new update adds to the P Smart 2019 other than the new security patch, but as noted, the device will indeed be updated to EMUI 10 at some point.

The most recent huge update arrived as part of the July 2019 security patch. This update brought with it the new EMUI 9.1 features to the P Smart, but there was no OS change since it came preinstalled with Pie.

NOTE: You can check out more Huawei-related stuff here. 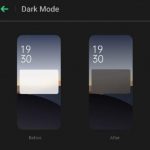