Bungie has revealed more details regarding the Destiny 2 Shadowkeep expansion. Players have been desperately waiting for this expansion. Last month Bungie revealed a few details about it, but yesterday they revealed the complete roadmap for Shadowkeep and Season of the Undying.

Destiny 2 Shadowkeep will be launched on October 1, 2019, and will bring a slew of new content to the game. Also, starting on October 1, ‘Destiny 2’ base version will be made available for free-to-play. The following things will be brought under the free seasonal updates of the game.

Festival of the Lost ( Free to all Destiny 2 players)

Significant changes have been made to weapons in the upcoming Shadowkeep expansion. Developers have briefed and listed all the changes that are coming to weapons. A bit of fine-tuning has been done in how damage is applied to different targets in PvE environments.

Destiny 2 PC will move to Steam on October 1 for Shadowkeep launch. If you are already playing on PC, you are required to link your Destiny accounts on Battle.net and Steam to get your Guardians ready for the upcoming Shadowkeep expansion. 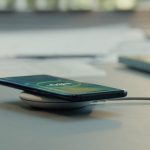 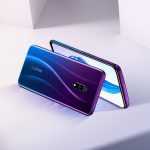