After being taken over by the HMD Global, Nokia has surely gotten into the smartphone market, if not with a bang, but with a solid list of smartphones. Nokia is trying hard to regain their prowess as they used to have more than a decade back.

Nokia’s smartphones might not be there on any list of top smartphones in any category. However, the company has given the smartphone world some great devices that held the nerve for the company in this competitive mobile world. Take for example some of the classics the company produced during its peak time – Nokia 1100, 3310, or the Nokia 6600.

But, keeping up with the top smartphone manufacturers of the world, Nokia is making sure that all the devices under the update cycle, receive the latest updates, be it security or even firmware and the latest devices to join the list is the Nokia 8.1, 4.2 and the 3.2 smartphones.

Let us talk about the Nokia 8.1, which is one of the best smartphones that the company has built in the recent times. If you are the owner of the Nokia 8.1 then, you will be happy to know that Nokia has rolled out the official September 2019 security update. Below is the short and crisp change log:

Users from Serbia, India and U.K. have reported that they have started receiving this new update for their Nokia 8.1. Apart from the security patch, there is nothing new or any add-on feature coming to your Nokia 8.1.

Now, talking about another set of phones that have started receiving the September Security patch are the Nokia 3.2 and 4.2. The users of Nokia 3.2 in Germany have reported to receive the update which should be extended to other regions pretty soon.

Just like the Nokia 8.1 update, the Nokia 3.2 also does not get any new feature or add-ons with the latest update apart from the security patch.

Like the Nokia 8.1 and 3.2, the Nokia 4.2 has also started receiving the September security patch. This update is also incremental in nature and has been reported to be received by users in the U.S. and Indonesia. Weighing 68.3 MB in size, there’re no concrete reports about this update arriving in India or other regions as yet.

If you own any of the above mentioned smartphones, you can manually check whether you device has received the updates in your region or not by heading to Settings>> System Updates>> Check for updates. Some of you may have to wait more than others as incremental updates are rolled out in batches and take some time to reach to all devices.

To sum it up, Nokia reacted regarding whether, when and which Nokia smartphones will be getting the latest Android 10 update. Chief Product Officer of HMD Global said:

So, users of the Nokia smartphone can expect to get their hands on the latest Android OS launched by Google i.e. the Android 10 starting Q4 of 2019.

Note: You can check out our Nokia section to keep yourself updated regarding all the latest happenings around the Nokia smartphones. 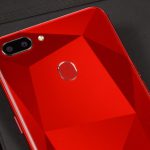