Harry Potter Wizards Unite is approaching its third month. Niantic’s new game is not growing as fast as Pokemon Go, but its player base is growing steadily. Recently, the Day of the Dragons event has been successfully concluded for the game.

Under this event, players encountered specific dragons as oddities. The spawning of the dragon was based on the Global challenge, which required players to collect dragon eggs. Well, the community really enjoyed the Day of the Dragons event.

Niantic has now announced a date for the upcoming Community Day. Speaking of Community Day, it is a concept which was first implemented by Niantic for Pokemon Go. Community Day usually increases the spawn rate of some specific in-game characters.

The second Community Day for Wizards Unite was held on August 21. It did not bring any new foundables to the game. It required players to club in together with friends to help contain the ‘Calamity.’ It also featured a variety of bonuses for players. It will be interesting to see what this new Community Day will bring for the players. It will be the third Community Day for the Harry Potter Wizards Unite game. However, Niantic has also announced that the Adventure Sync feature will arrive for the game soon.

Niantic has not announced any official date for the arrival of Adventure Sync. But the new feature is expected to arrive for the game pretty soon. 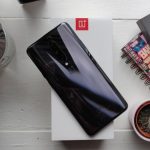