Apple has revealed more details about its Apple Arcade during the launch of iPhone 11. Apple Arcade is a ‘game subscription service’ that will offer more than 100 games to its subscribers during the launch. Users will be able to enjoy these games on all iOS-based platforms, including iPhone, iPad, iPod touch, Mac, and Apple TV.

Apple Arcade will be available on the App Store on Thursday, September 19. The new game subscription service will be launched in more than 150 countries. The Apple Arcade only costs just $4.99; however, the prices are different for other regions of the world. For Indian users, Apple Arcade service will cost INR 99 per month. Apple Arcade also comes with a one-month free-trial in which players can test out the service before subscribing it. The games that come under Apple Arcade are exclusive, which means users will not find these games on any other platform or subscription service.

Another interesting fact about this new service is that all the Apple Arcade games can be played offline. Also, a single subscription service can be shared by six family members. Apple has confirmed that the game catalog will surely increase in the future. They will keep adding more games to the Apple Arcade each month. 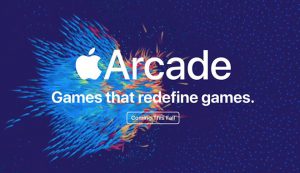 While revealing the details about Apple Arcade, Phil Schiller, Apple’s senior vice president of Worldwide Marketing, said that, We think customers of all ages are going to be delighted that a single subscription gives the whole family unlimited access to the full catalog of amazing Apple Arcade games, all without any ads or additional purchases, while knowing every game must meet Apple’s high privacy standards.

Yes, Apple Arcade games do not have any ads or additional in-game purchases. So this feature might attract the customers.

On Tuesday, Apple also showcased a few Apple Arcade games, including Pascal Wager by the Giant Networks, Frogger by Konami, an underwater adventure game by Capcom, and Sayonara Wildhearts by Annapurna Interactive. Some other titles that are part of Apple Arcade Games are mentioned below.

Apple Arcade is part of the company’s strategy to generate an alternative revenue stream as sales of iPhones slide. It will be interesting to see whether Apple Arcade will live up to consumer expectations or not. Google has also started focusing more on gaming and is excited about the launch of Stadia. 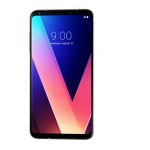 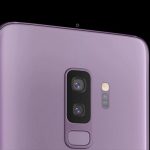