Like every responsible Android OEM, Samsung published the latest September security patch as part of their Security Maintenance Release process. The South Korean OEM fixed tons of bugs, including the ones addressed by Google. The Galaxy Note 10 lineup was one of the first candidates to get them.

Matter of fact, both Galaxy Note 10 and Galaxy Note 10+ received the August security patch as the day-one update. The build number of the initial software version was ASH5 for Exynos powered international variant of the phone duo.

I called it ‘initial’, as Samsung rolled out a tiny incremental update a few days later. The OTA did not change anything related to security patch level, but upgraded the internal modem (to ASH6) and camera firmware with apparently undocumented fixes.

According to user reports, Samsung is repeating the same act this month. While the preliminary September patch for Galaxy Note 10/10+ was concerned about improving the security of the system firmware as well as enhancing the wired audio output, the new one is all about call quality fixes.

As you can see, both the regular and 5G models of Galaxy Note 10/10+ are now getting the little (less than 5 MB) call stability OTA across various regions of Europe. FYI, the 5G variant started to get the primary September update since last week.

The combined changelog of the new ASHE/ASI1 update for Exynos Galaxy Note 10 family is as follows:

– The audio quality via wired headphones has been improved

– The security of your device has been improved

The actual system version number (including the security patch level) remains unchanged though:

The US Snapdragon powered Galaxy Note 10 family will probably get a different build in near future as the internal modems are different between them. You can find the necessary parameters below to download the ASI1 update straight from Samsung update servers using Frija.

Can you spot anything new (apart from the supposedly improved call quality) after installing the new software update on your Galaxy Note 10? Let us know by commenting below. 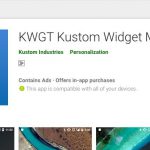