Serving ads as a part of the operating system may sound like oxymoron a few years ago, but this trend has become quite common nowadays. The consumer editions of Windows are riddled with such ad components from Microsoft and other third parties. Some Android smartphone vendors are following a similar stance for revenue.

Xiaomi is notorious for pushing ads via system apps in MIUI, although they are gradually phasing out the practice. The upcoming MIUI 11 will allegedly feature a system-wide toggle to turn off such recommendations (aka intrusive ads). Realme, the offshoot of OPPO, proves itself as a worthy competitor of Xiaomi. In fact, their CEO also mocked Xiaomi for placing ads over System UI during the launch event of Realme 3. FYI, Realme phones are shipped with OPPO made ColorOS out of the box.

A successor to the ColorOS is in works, and we often get bits and pieces about the development. Nonetheless, the company is trying hard to establish their brand identity by boasting the fact that their custom Android skin does not come with in-built ads. The current iteration of ColorOS does contain a truckload of third party apps (i.e. bloatware), but most of them can be uninstalled right away. Here comes the fascinating part: Realme’s own set of apps like Game Center or App Store force users to create an account. That’s the entry point of pushing ‘news’.

Previously we encountered consumer survey conducted by Realme that popped up directly from the ColorOS UI. However, this toggle is reportedly activated using a server side switch. Depending on your region of the model of Realme phone, you may or may not access the option.

We are trying to get our hands on the privacy statement(s) to locate any hidden clause regarding such content pushing. Some users informed us that turning the option on immediately triggered ads, but we need further info to validate such claims.

Please try to examine the after effects of enabling the option (if exists) on your Realme phone and let us know by commenting below. 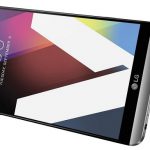 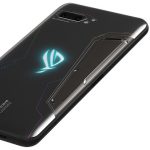