Playing PUBG Mobile on PC emulator may be legal, but stinks of cheating PUBG – the global phenomenon that hit India when the makers of the game released the mobile version of the game. Player base shot up, and the game got competitive.

PUBG Mobile was intended for mobile devices as evident in the name, but some extremely intellectual individuals, the so-called gaming pros came up with the idea of playing the game on PC using the existing emulators which allowed mobile apps to be run on PC. The emulators before this were used for testing mobile apps when being developed on PC. One after another streamer with PC rigs compatible to run PC games like Rainbow Six Seige and other heavy shooters but instead of playing those shooters because let’s face it, PC Shooters are hard; not everyone has the patience to grind until you become good at the game.

These so-called intellectuals were already bad at PC shooters and after receiving close to no audience on YouTube turned to PUBGM for the audience. And here’s why we are against the use of emulators –

Shooters, as we all know, use the algorithm to predict the bullet trajectory and then decide whether the bullet hit the target or not. Usually, in PC shooters, the aim should be spot on if you want to damage the enemy, but in mobile shooters like PUBGM, the former rule makes it very hard to play as players are using bare hands instead of the mouse to aim.

Therefore, PUBGM has the Aim Assist feature which allows some margin of error in aiming. This can be seen in long-range shots more profoundly and less in close range combats. Aim Assist, coupled with the precision of the mouse, makes things unfair for the mobile players.

This is because, in the higher tier of the game, the players so high in the skill leagues are less, and for less time-consuming matchmaking, players get cross-matched.

The use of emulators should be banned, and the game developers should not think about the money but the credibility of the game. The game will fade in the long run once another shooter with only mobile players comes out. The player base will shift after realizing the fairness in the other game.

What do you think about emulators? Do let us know in the comment section below! 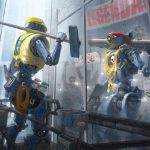