A new game in the ‘Borderlands’ series is about to arrive on September 13, 2019. The upcoming game is the fourth entry in the Borderlands series. It is a first-person shooter game, which has been developed by Gearbox Software and published by 2K Games.

Players can enjoy the Borderlands 3 game in a party of four people, or they can also play it alone. Borderlands 3 has introduced four new playable characters which have been detailed below.

A confident, capable brawler with the ability to summon ethereal fists, Amara uses her Siren powers to smash her enemies.

FL4K lives for the hunt. So do the loyal beasts that follow their master’s every command. Their preferred prey? Unsuspecting bandits, those poor suckers.

When Moze needs backup she Digistructs her mech – Iron Bear – for a sucker punch of additional firepower.

Specializing in battlefield gadgetry, Zane is extremely proficient at slipping into combat, creating chaos, and sneaking back out as if he were never there.

Epic Games has not revealed the exact pre-load schedule. However, as per the global release date of the game, one can infer its pre-load timings. The game is expected to become available for pre-load 48 hours before its official release.

The game also features Mayhem Mode, which increases the difficulty level of the game. Mayhem Mode has three levels of difficulties, and while playing in this mode, players can unlock wild loot for themselves. A Halloween themed event, The Bloody Harvest is also expected to arrive for the game in October. 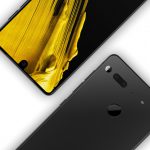