Samsung may not be the first pick of budget smartphone buyers. But flagship consumers can’t resist themselves from at least batting an eye on the brand’s top-of-the-line devices. The company releases flagships under two series every year- S and Note.

Note 10 and Note 10+ have already gone official, pushing Note 9 down the list. Provided only a small percent of people upgrade their smartphones each year, many Note 9 users will hold on to it for quite some time. The availability of incremental security updates has become an inevitable thing for smartphone users. So, companies need to push OTAs on time to please their customers. And, Samsung Note 9 carrier locked units already got August patch in the US.

To reminisce, the device hit the market last year in August. Flaunting a Super AMOLED screen with 1440 x 2960 pixels resolution, it packs in two different chipsets (based on the market). In China, USA, and Latin America, the phone features a Snapdragon 845 SoC whereas in other regions, Exynos 9810 lends the processing power.

As for the currently circulating package, it bumps up US Unlocked Galaxy Note 9’s security patch to August 2019. Taking the screenshot as a reference, we can say it doesn’t bring anything new to the plate.

You can see the OTA is pretty heavy. It’s not customary for an update over 600+ MB in size to carry only the security patch. Hence, expecting at least a few tiny features, silent bug fixes or tweaks from this update won’t be unreasonable.

The over the air overhauls don’t touch all the devices at a time. Owing to their clustered rollout, you will have to wait until the notification flashes on your screen. In the meantime, you can check Settings>> Software update>> Download and install for any pending ones.

Launched with Android 8.1 Oreo, Note 9 already received Pie-based One UI update. And, Samsung will deliver Android 10 as well. However, Note 10 users will be the first to taste the inceptive non-dessert Android.

The users all around the globe are waiting for the arrival of Android 10 to their devices. Many OEMs have already released Developer Previews or beta builds. Akin to what happened with the past iterations, this one will also go live first for Google Pixel.

For more stories about Samsung, you can click here. 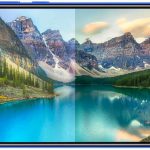