Naruto is one of the most popular anime and manga series. The journey of Naruto as a ninja has taught us several life lessons. A story of a young boy who was born with a sealed nine tails in his body had a rough childhood. But he made his way through to become the strongest ninja in the Hidden Leaf Village.

We all know that Naruto series has been completed and now we are learning about Boruto (Naruto’s son) in the ongoing manga and anime series. Contrary to Naruto, Boruto manga has a monthly publishing schedule. Boruto fan base is growing steadily, but it is not as big as Naruto’s. We are sure that Boruto will also pick up pace as the story continues further. Fans who loved Naruto also admired its games, which gave them a chance to experience the life of Naruto through the virtual world. Well, now Bandai Namco has announced a new Naruto game which will also be released on the mobile platform. The new game has been named as Naruto x Boruto Ninja Tribes. The game will feature various characters from both the Naruto and Boruto series. If you closely observe the teaser, you can also see the use of ultimate techniques by Naruto and Sakura. Information about the game is very scarce at the moment, and we do not know how many characters will be added to the game roster. 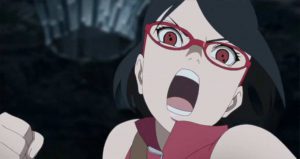 Naruto x Boruto Ninja Tribes is expected to feature a battle style like Dragon Ball Fighter Z, but this is just speculation based on rumours. The game may also feature the use of combination techniques of two characters. Bandai Namco has not announced any official release date for the game, but they have mentioned that the game will be released in the upcoming winter season. Bandai Namco is very popular when it comes to the making of fighting style games.

Bandai Namco is already working on Dragon Ball Z: Kakarot game which will be released in 2020. In the game, players will experience the journey of Goku where they will battle opponents, including Vegeta and Frieza.