Unlike smartphones, the market of high-end Android tablets is basically dead. NVIDIA did a fantastic job with their Shield tablet, but they eventually moved towards the Android TV based digital media player domain. Xiaomi still maintains the Mi Pad lineup, but the limited availability is a killer factor.

Samsung is one of those vendors who do not want to give up yet. The Korean OEM regularly produces entry level and flagship tablets running the same skinned version of Android you can find inside the Galaxy phones.

Following the footsteps of Apple, Samsung is working on a multi-device convergence feature. Dubbed as Call & Message Continuity (CMC), this functionality allows user to seamlessly take calls or send texts from both the tablet and phone. Originally launched with Galaxy Tab S5e, the feature was rolled out to Tab S4 in some regions later.

Both the Wi-Fi only and LTE variants of Galaxy Tab 4 got May security patch along side this (country specific) cross-device communication system. Later on, the tablet received July security patches with the build tag BSG1/BSG4 in selected regions.

We can now confirm that Samsung is pushing a completely new build in other regional variants (including India) of Galaxy Tab S4. Unlike the previous software version, the new one was compiled in August. The bootloader version is also incremented from v2 to v3, thus you can not go back to older builds after installing the OTA. The changelog mentions nothing specific besides typical security improvements. The security patch level is July 2019, which is rather surprising. They should provide August patches at this moment.

For Indian Galaxy Tab S4 owners, the bump from March to July patch sounds pretty significant, but there is a catch! Call & Message Continuity is not yet accessible for them after this update, and there is no ETA from Samsung in this context. 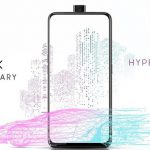 [Official tutorial up] Realme X bootloader unlock: Here's how to do it 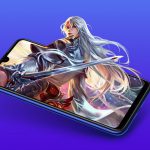