Well, I’m not gonna talk about the third installment of the John Wick film franchise. However, the Latin phrase (translated as “If you want peace, prepare for war”) is perfectly applicable for the current market scenario in India for mid-range Android phones. Everyone is fighting voraciously to grab a piece of the large consumer base.

In spite of being one of the biggest Android OEMs, Samsung is facing a hard time in this segment before competitors like Xiaomi, Asus and even Nokia. The Korean OEM is indeed trying to reclaim the lost position, which can be seen with the introduction of Galaxy M lineup.

Due to some weird naming convention, Galaxy M40 is technically inferior than M30 in some aspects. Both M20 and M30 are powered by octa core Exynos 7904 SoC, but the latter sports a beefy 5,000 mAh battery and a 6.4″ FHD+ Super AMOLED screen with Infinity-U notch.

Samsung launched Galaxy M30 in February with Android 8.1 on board. The phone is a India exclusive version of Chinese Galaxy A40s. The OEM delivered Android Pie based One UI update during May. But the owners of this phone are stuck with May security patch since then. Padawans, the waiting period is finally over! The Korean OEM is now pushing a fairly large (~360 MB) incremental update for Galaxy M30 with the build tag BSH2. Not only the security patch level is bumped from May to August, but you should also find plenty of camera related improvements.

Handling the triple (13 MP primary, 5 MP ultrawide and 5 MP depth) rear camera setup is not an easy task. Perhaps that’s the reason to distribute yet another supplementary update on top of the BSH2 build.

Well, I’m not kidding! Some users reportedly receiving software version BSH3 immediately after installing the initial OTA. The 80 MB update is all about making the camera more stable.

As you can see, the security patch level remains unaltered in this second update. Samsung’s internal device specific OTA tracker has yet to list these builds, so we are unable to dig up more information (like build date or kernel version) about them.

Have you got both BSH2 and BSH3 updates on your Galaxy M30? Noticed the solidity regarding the camera? Comment below. 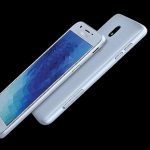