Since its addition players have been using the Adventure Sync feature to hatch eggs and to unlock weekly fitness goal rewards. However, many players usually keep complaining that Adventure Sync is broken and does not calculate the distance properly.

Amid these complaints, Niantic has released a new Adventure Sync feature which informs players about nearby Pokemon even when the app is closed. As per reports from various players, the Adventure Sync Nearby feature is now available in the US and Canada.

Earlier, on August 15, only Australian and New Zealand players had access to this new feature. But now it seems like Adventure Sync V2 is gradually rolling out for other locations. This new feature can be turned on from PoGo settings.

Mentioned below are the steps to activate the Adventure Sync Nearby feature. These steps are applicable to those whose game has been updated with the new feature but has not received an in-game pop up to turn it on.

If you have received a ‘turn it on’ pop up after launching the game, you will need to click on that button, and it will automatically take you to the notification screen. Then you need to tick the Adventure Sync Nearby option then it will activate the new feature.

But this new feature only works on Pokemon which you have not encountered before. Players can’t choose and pick which Pokemon it detects. This new feature will be really helpful when Gen 5 Pokemon starts releasing. 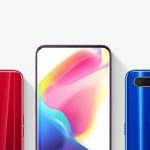 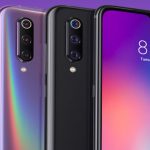