During the event, Water-type Pokemon like Blastoise, Vaporean, Lapras will appear in raids. Water-type Pokémon will hatch more often from Eggs until August 30. The event also features a variety of bonuses which have been detailed below. 1) Water Festival: Earn a Candy walking with your buddy

As we have mentioned above, Water-Type Pokemon will hatch more often from Eggs during the event. Pokemon like Barboach and Remoraid can also be found in 2km Eggs. Mentioned below is the list of Pokemon who will hatch from 2km and 5km Eggs.

As we know, the spawn rate of Water-Type Pokemon will increase during the event. The list of Pokmon that will spawn more frequently in the wild and around the water are mentioned below. The event is also bringing in Lake Trio to appear in Raids on Wednesday, August 28, 2019, from 6 pm to 7 pm in your local time zone.

Spawns in the Wild

Raid Bosses list has also been updated for the ongoing Water Festival event. New raid bosses will begin hatching after 9 pm UTC. Many Water-Type Pokemon will appear in the raids including Feebas, Lapras, Blastoise, Vaporeon. Have a look at the Raid Boss Tier list down below. 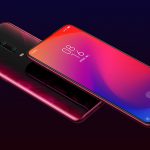