You can’t really predict the future of a smartphone company. The market is so volatile that a popular manufacturer may lose a slot in the top ten list within a couple of years. Well, HTC had to endure such a fate.

However, the company kept on releasing devices for quite some time after the tragic withdrawal. Last year in May, they released U12+, which couldn’t really do much in the market. Despite having a flagship processor and good specs, it shrank to a few columns in online tech magazines.

Came out of the box with Android 9.0 Pie, the smartphone features a 6-inch Super LCD6 capacitive display with 1440 x 2880 pixels resolution and Corning Gorilla Glass 3 protection.

Underneath the hood, it carries Qualcomm Snapdragon 845 chipset coupled with Adreno 630 GPU. There are two versions available; 6 GB/ 64 GB and 6 GB/ 128 GB. As for the arrival of the update, we know it is available in Taiwan. The global availability is yet to be confirmed.

On the back, the device sports a dual camera setup with a 12 MP primary sensor and a 16 MP secondary sensor of 2x optical zoom. Up front, the selfie shooter shelters dual 8 MP sensors. There is no headphone jack. Still, you get IP 68 certification for protection from dust and water.

For many, it’s a perfect phone. Nonetheless, the failure of U12+ is still a mystery. Maybe, the reluctance to embrace the trends like an in-display fingerprint scanner or a true bezel-less display might have backfired the company.

But the OEM at no point of time wants to disappoint their limited user base. To keep up with the smartphone market pace, the company released Android Pie update for U12+ two weeks ago. Cut to now. Incoming is a monthly security update alert on the phone, though it’s not the latest one.

This update contains important improvements,
including:
– Improve the system’s performance.

Currently, the patch is only hitting U12+ units in Taiwan. We can expect a wider rollout sometime soon. Don’t run for assistance if you see no update notification. OTAs usually go out in batches and hence will time. For more news, updates and other stuff related ti HTC, head here.

Android Pie 9.0 update is now hitting HTC U12+ devices in the US. More info here. 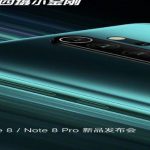