AppValley vip not working & down (apps not installing or downloading), users look for alternatives AppValley is one of the most popular iPhone apps which provides tweaked and modified versions of the apps. App Valley is similar to Tweakbox & Tutu app, both of which also provide modified apps.

AppValley has a plethora of apps & offers one of the largest selections of exclusive content. AppValley delivers both modified and unofficial apps on its platform, that too without jailbreaking the device.

AppValley also offers Tweaked ++ app versions of many popular apps including BobbyMovie, MediaBox HD, PokeGo++, Tick-Tok++, Snapchat and many more. However, from the last two days, many users are reporting issues with the downloaded and Tweaked apps.

Tweaked and popular apps like YouTube, MediaBox, Saavan, Videostar and others are not working properly for many users. Have a look at some complaints in the screenshots below. Have a look at some more reports down below.

While reports continue proliferating, what’s good is that AppValley developers addressed the issue on August 16 in an official post by saying, “Revoked again, Fixing Soon.” Have a look at their tweet below. Coming the the latest development on the matter, now AppValley, through their official Twitter account has confirmed that Tweaked apps are working fine. Users are requested to delete and re-install the apps. In addition, the other affected apps will also be fixed shortly. We will keep a close watch on this issue and will update this article as and when any further development takes place on the matter. FYI, AppValley provides app recommendations under the tab ‘Recommended This Week’, which shows a list of the most downloaded apps for the week. AppValley users can also enjoy and watch Live TV with apps including AeroTV, Live Wire, PlayBox HD, WNBA++, SlickTV, and iPlayTV. The latest and most popular movies can also be watched from apps including MovieBoxPro, AirVideo HD, The Movie DB, Comic Box, MediaBox HD and MovieHD. Users can install AppValley app on their devices by visiting the AppValleyApp website. But we wary you that installing modified or unauthorized apps from App Valley store can land you in trouble.

For example, AppValley offers spoofing apps for Pokemon Go and Wizards Unite. If you download and use these modified apps on your device, it can result in a hardware or ID ban from Niantic. 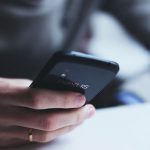